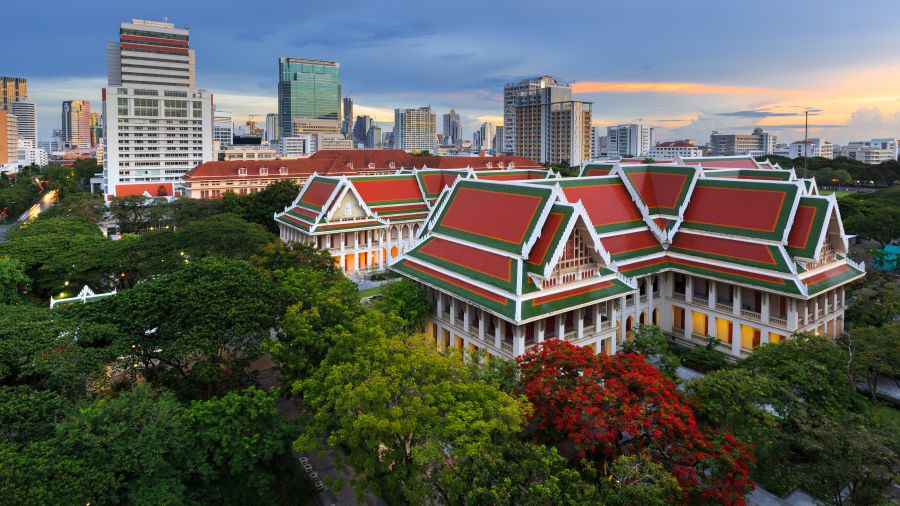 Chulalongkorn University, the oldest and one of the most prestigious universities in Thailand, was founded in is its present form in 1917 by King Vajiravudh (Rama VI).  It was named after his father, King Chulalongkorn (Rama V), who laid the foundations for modern education in Thailand. In keeping with the shared vision of both kings, Chulalongkorn University has maintained its reputation for academic excellence ever since, and has been instrumental in national development.

Chulalongkorn University, know familiarly as “Chula”, extends over a 456-acre tract of land. It has grown constantly in over a century since its founding, and today is a comprehensive university offering over 400 programs in almost all areas of study, 92 of them international. Both traditional academic disciplines and interdisciplinary studies are includies. The enrolment is currently approximately 37,082 students.

For more on Chula , visit https://www.chula.ac.th/en/